Avendar: The Crucible of Legends

(UPDATED) Next Update: delayed one last week. And some merch!

For general discussion of the game.
Locked
19 posts

(UPDATED) Next Update: delayed one last week. And some merch!

Our patrons got this notice a few days in advance. If you'd like to hear cool announcements like this in advance, give to our patreon!

An announcement about the next update:

As you may or may not know, two things are coming up: a) the holiday season, and b) Avendar's 20th anniversary. You may also have noticed we didn't do a November update.

All of these things are related.

We will not be updating in December. I am, however, giving a firm date for the next update, for possibly the only thing in the world that would move me to do so.

What is going to be in that update? Class updates! Plural! (but only one scholar) Daring changes to equipment meta! Content! A new website! Backend changes you'll never need to care about but that will make the game much more maintainable!

Also, you can peruse a neat preview of our new logo and get it on stickers or mugs or something at our new Redbubble. I haven't ordered any other items from them, but I can vouch for the sticker quality; I have a number of them defacing my computer case right now.

If you want a shirt or an acrylic block or a clock or something else, feel free to reach out and I can add it on.
Last edited by neongrey on Wed Jan 17, 2018 2:02 am, edited 2 times in total.
Top

Are psions finally getting a workover? And what's this about changes to the equipment meta? Can we get a teaser?
Top

Psionicists are not-- they're low priority because even though they do need work they're in a pretty good place in re stopping power vs staying power vs utility. The mentalist category will be expanding once again, however. Barring more feature creep it's looking like one scholar and two classes that are in lousy positions. You could possibly determine one of the classes being reworked by enjoying the discography of the Bloodhound Gang.

As for the equipment meta, certain classes are going to need to prioritize a certain formerly disfavored stat over others and it's going to be significant.
Top

All these exciting changes got me back! Except I forgot my email/username that I used to use for the forum so I had to make a new one lol. Anyways can't wait to see more changes coming!
Last edited by Chak on Thu Dec 07, 2017 9:01 pm, edited 1 time in total.
Top

neongrey wrote: ↑
Thu Dec 07, 2017 12:01 am
You could possibly determine one of the classes being reworked by enjoying the discography of the Bloodhound Gang.

I actually own the Bloodhound Gang discography. I'm not sure if I should admit that but challenge accepted!
Top

neongrey wrote: ↑
Thu Dec 07, 2017 12:01 am
You could possibly determine one of the classes being reworked by enjoying the discography of the Bloodhound Gang.

My money is on Druid.
Top

Hi, everyone. I've got some news that is likely going to be a little disappointing.

Basically, due to a combination of family, holiday, workplace, and some generally unforseeable circumstances, we're gong to have to push back the update a little bit. This isn't terribly unprecedented: this game has traditionally had anniversary celebrations as late as January 20th, which is the new date we're shooting for. Unfortunately, we've lost a critical working weekend that we really needed to make the target date of the 7th, and with the intervening two weekends being, you know, the actual holidays, the best decision for the quality of the update is going to be to take another two weeks on it.

That said, we're not going to let the actual day of the anniversary pass unremarked; we've got a low-key OOC birthday party planned. There'll be cake.
Love you all, and happy holidays to everyone.
Top

We, the Avendar staff and development team regret to inform you that our 20th anniversary update will be delayed one final time, for a period of no more than one week.

Because I know a lot of you are excited, we felt that we should probably offer some manner of explanation.

So, it's like this. A large chunk of content (an... area-sized... chunk of content) required review before signing off on it. This review took longer than anticipated, and diverted attention from coding for a few days, attention that was very much needed. We could try and push the update regardless, but the results wouldn't be up to our standards, and we would really rather just take a little extra time with the update in the oven.

But, I know a lot of you were really excited. So we have a little more to offer you than just that, because this particular bit of content is something that is very nearly unprecedented: we're going to be doing something that no one has done in a long, long time.

We're adding a house to the game.

Q: A house, what, you mean one of those things people shell out lots of money for and get to hang out in?
A: No, a house. A player organization. One promised ages, and ages, and ages ago.

Q: What, like Wanderers? That little place is cool, but I wouldn't call it a house.
A: No, a house. With like applications and guards and crap.

Q: You're putting Knights back in? I always wondered what happened to that fortress!
A: Knights are a religious sect once again, and not a house. Chadraln, Fenthira, and Alil stole away the fortress the Knights once laid claim to, and have not yet revealed their plans. The Enirran priest Irionne has been seen since the Fortress' theft, but not in many years. Also, I meant new content.

Q: So, what exactly do you mean by house?
A: I mean one of the Great Houses. Stones of power. House powers. Vault. The whole shebang.

That's right, it's time to let the corporate fatcat out of the bag marked swag... 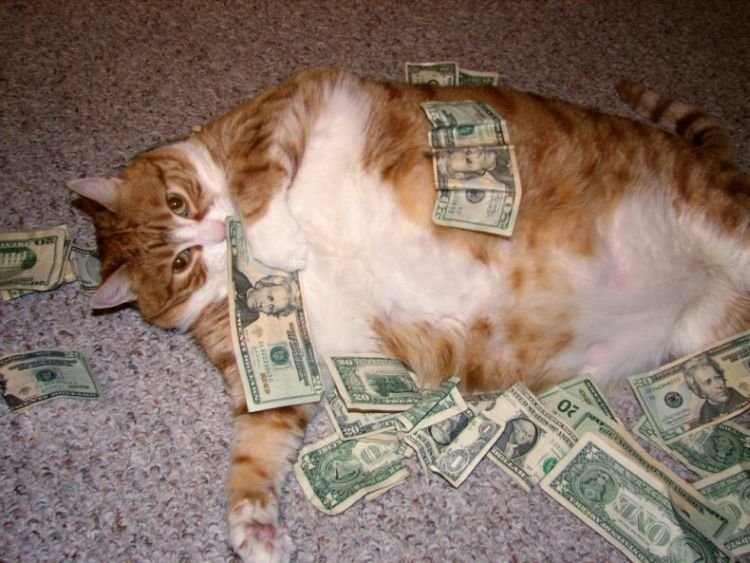 The 20th anniversary update will include, among a great many other things, the opening of the Grand Federation of Merchants, a group of like-minded wealth-seekers who have at last thrown their hat into the grand battle between the Guardians, Raiders, Champions, and Shunned.

Q: Oh boy, capitalism! I love capitalism! How do I get in on this?
A: The house accepts characters of all Lawful alignments, and will on a case by case consider True Neutral characters. They like the rich getting richer and the poor getting poorer, or alternatively convincing themselves that somehow the poor are benefitting by the rich getting richer.

Q: Oh boy, capitalism! I hate capitalism! How do I oppose this?
The rich are both delicious and nutritious. We suggest you eat them.
Top

The Merchants House is an exciting addition to the game.

The addition means it will be the only house to not have another house that is diametrically opposed to it. (ie: Coven vs Champs and Raiders vs Guardians) Presumably the Merchants have existed for some time in lore and are just now accepting PCs.

Are there plans to add information to the other house's background to clarify there general position on the Merchants? Do the Coven tolerate them for doing evil in a slightly different way? Do the Raiders consider them a favorite mark? Etc.

In any event, I'm going to make a Rystaian Champion and go full Marxist on their asses.
Top

Effectively, they're an existing merchant consortium now opening up to players. How exactly they gained the power to enter the fray? Why they wanted to? Well, matters best left to be discovered by characters, perhaps...

There's no particular need to add bolt-ons to the other houses for this though (but at least one house has reasons for a personal vendetta which will become clear to PC members of that house) just because ideologically there's a lot of pull both ways. There's pro-capitalist elements in both Guardian and Shunned, but also those that oppose it too. They've basically got total flex in how they can ally or not-- their goal is specifically dolla dolla bills y'all, and how they choose to get that cash will influence who they ally with. Raider likes Stuff over money, so it's not necessarily as cut and dried as 'we are the accumulation houses, we must fight'.

I personally feel like the most natural enemy here is Champion, but emphasis on personal, don't take that as play guidelines or whatever. We do hold that it's at least possible to engage in activities favoured by the Federation without malicious intent, and someone trying to do good with their money has a lot of options too. (and really, it's a fantasy world, and what bigger fantasy is there than that someone with lots of money can do net good with it? :v )